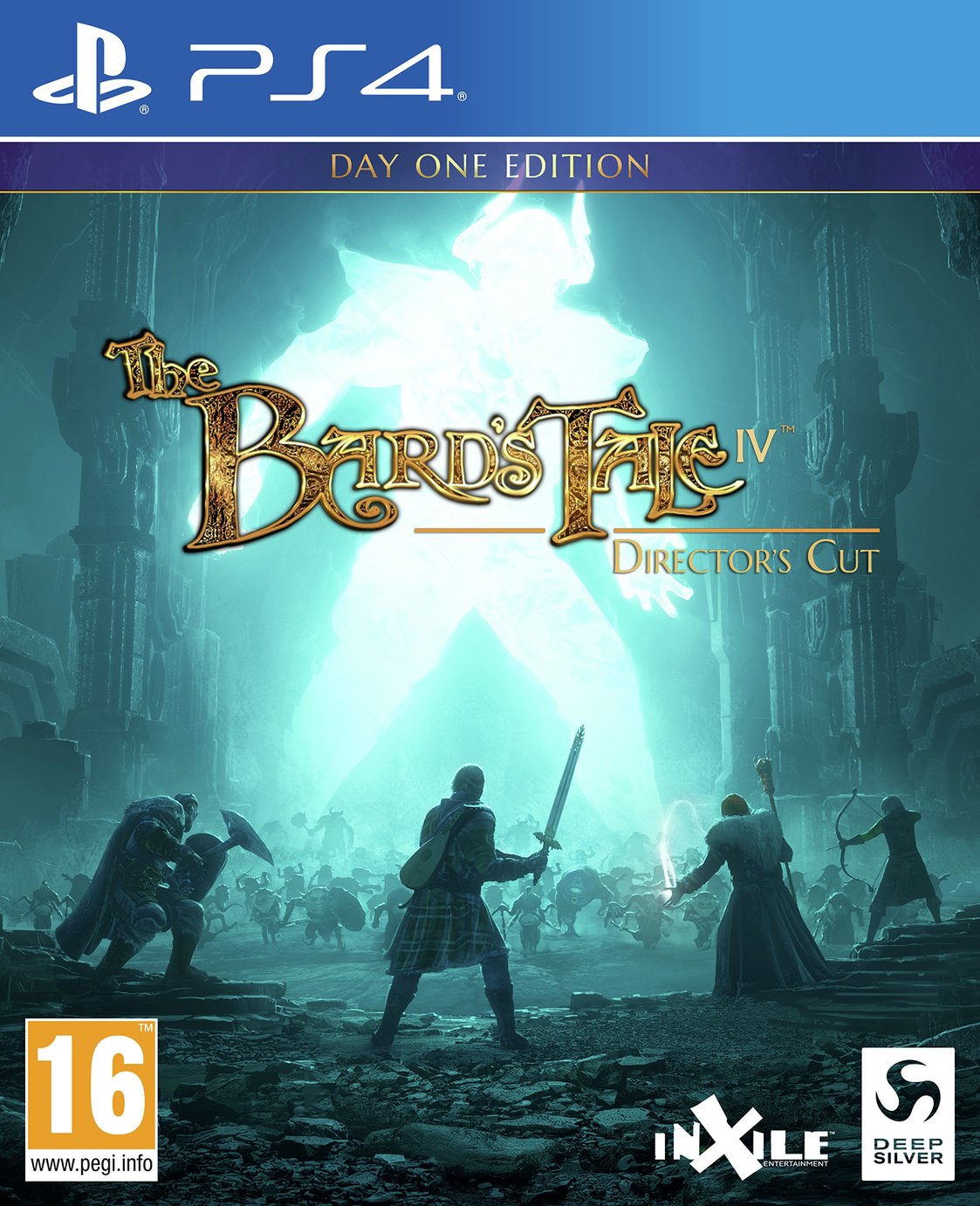 The Bard's Tale IV: Director's Cut is the triumphant return of one of the most iconic RPG series of all-time. Release date: 6 September 2019. This item is FREE delivery. Suitable for the PS4. This game is classified as certificate 16. It contains content unsuitable for persons under 16 years old. It is illegal to supply it to anyone under that age. DO NOT attempt to purchase the item if you are under 16. Play as Bard, Fighter, Practitioner, and Rogue, each featuring 60-70 skills and collectively unlocking 21 unique classes. Start with a single character, recruiting or creating new heroes to bolster your ranks. Build a party that suits your play style! Battle enemies in dynamic, intuitive turn-based tactical combat that rewards clever thinking, superior strategies, and decisive positioning. If your enemies don't get you, the devious riddles and dangerous traps just might. Discovery and mystery come in many forms. Gain ancient Elven weapons whose secrets you'll need to uncover by carefully examining them. The Director's Cut brings more character customization options, new items, new enemies revised UI, and a free expansion dungeon. New Song of Exploration Strugglers' Lament: whether you just want to explore and fight or if you get stuck, simply play this song to skip mandatory puzzles. For ages 16 years and over. EAN: 4020628761592...... (more)
Next Page&nbsp....
Next Page&nbsp....